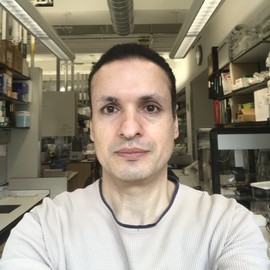 Center for Genomics and Systems Biology

Before undertaking PhD in the group of Csaba Koncz in the Department of Plant Developmental Biology at the Max Planck Institute for Plant Breeding Research (MPIPZ), Mohsen Hajheidari was a scientific member at the Agricultural Biotechnology Research Institute of Iran (ABRII). The goal of his research was to identify the key genes/gene networks involved in drought/salt stress tolerance using comparative proteomic approaches. He obtained his PhD in Genetics in 2010 at the University of Cologne as an International Max Planck Research School (IMPRS) student. During his PhD studies, he discovered that CDKF;1 is a unique plant-specific CTD Ser7-kinase which mainly governs phosphorylation of serine residues in the c-terminal domain of RNA polymerase II. Following a Postdoctoral study in the group of Csaba Koncz, he joined the group of Miltos Tsiantis in the Department of Comparative Development and Genetics in 2013 and applied comparative genetic approaches to uncover the genetic bases of leaf morphological complexity in the Brassicaceae family. In 2018, he joined the group of Marcel Bucher at the University of Cologne. By integrated analysis of the large-scale transcriptome, metabolome, lipidome, and ionome datasets using computational tools, mathematical modeling, and unweighted and weighted correlation network analysis, he identified key metabolites, elements, gene transcripts and gene networks, whose contents during vegetative growth of maize plants substantially influence the build-up of plant biomass in the reproductive phase. He is currently exploring the natural variation of gene regulatory networks.